A man is praying under the cave

And Jack Benny is secretary of the Treasury. Biff, stop it. Biff, you're breaking his arm. Biff, stop. What? I don't worry. this is all wrong. I don't know what it is but when I kiss you, it's like kissing my brother. I guess that doesn't make any sense, does it? Look, George, I'm telling you George, if you do not ask Lorraine to that dance, I'm gonna regret it for the rest of my life.

Mount Jabal-e-Noor-ul-Quran, which is a few kilometers away from Quetta city, is a place where deep inside its tunnels damaged or worn out copies of the Holy Quran, brought from all over Pakistan, are preserved.

During the holy month of Ramazan, a large number of people pay visit to this place where the oldest known copies of the Quran are displayed in glass shelves.

These over 100 caves, which have been carved without any machinery, are home to copies of Quran dating back to the 11th and 12th century. 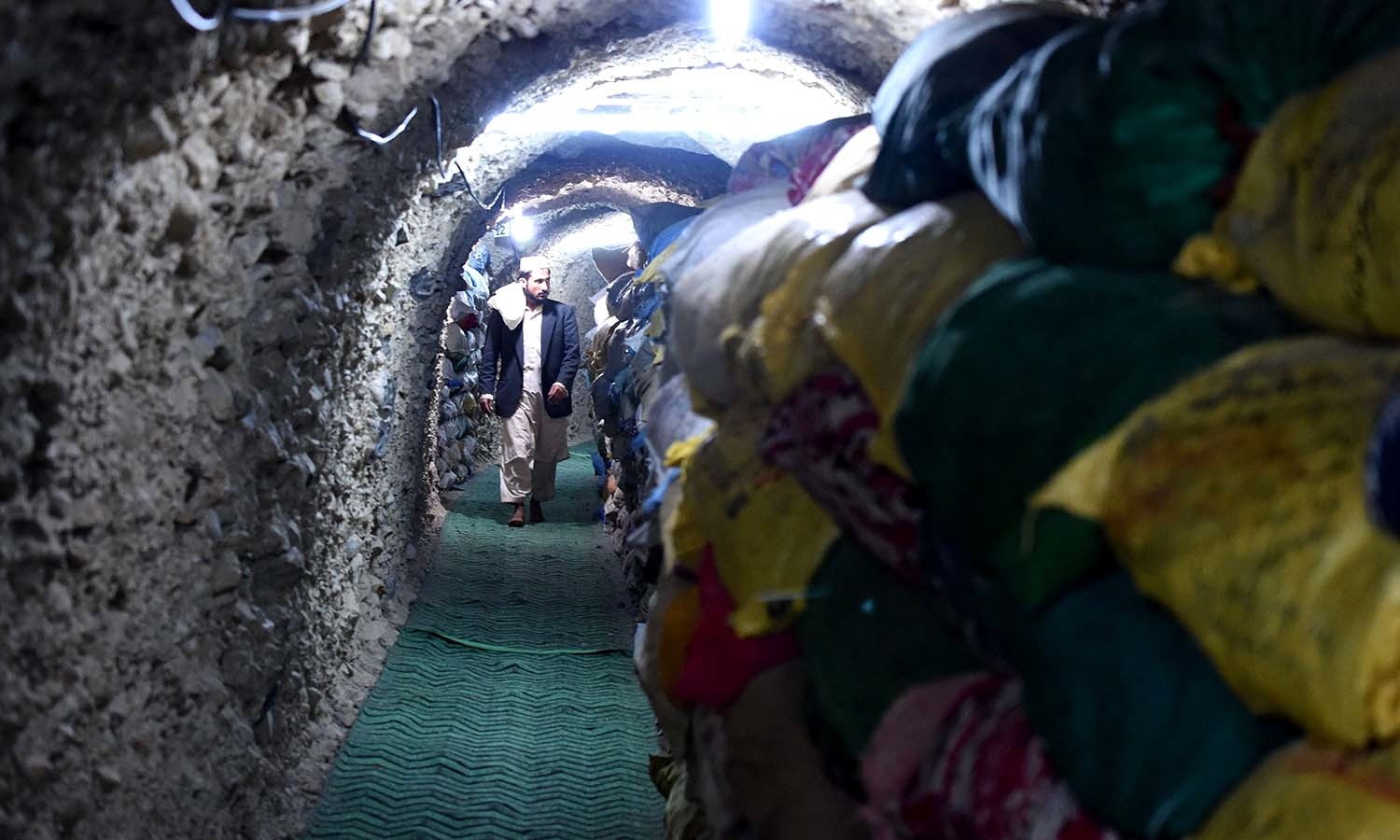 A devotee visiting a tunnel where ancient copies of the Quran are preserved. Photo: AFP

Started by two people in 1992, the project which was done in reverence of the Holy Quran, has managed to save and preserve more than 9 million copies of the Quran.

Many people including a large number of women make their way inside this cave, surrounded by countless copies of the Holy Quran, to find solace and peace.

Visitors say that Jabal-e-Noor is the place they come to when they want to have a peace of mind and feel closer to God.

In these caves which stretch up to 3.5 metres long, not only are worn out and damaged copies of the Holy Quran stored but are also preserved.